A couple of weeks ago we looked at the Bald Eagle which is the National Symbol of the United States of America. Today we explore other Birds of Prey, various types of Owls. 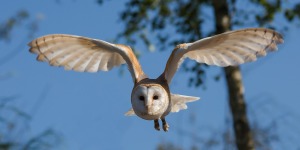 “The wailing owl Screams solitary to the mournful moon.”