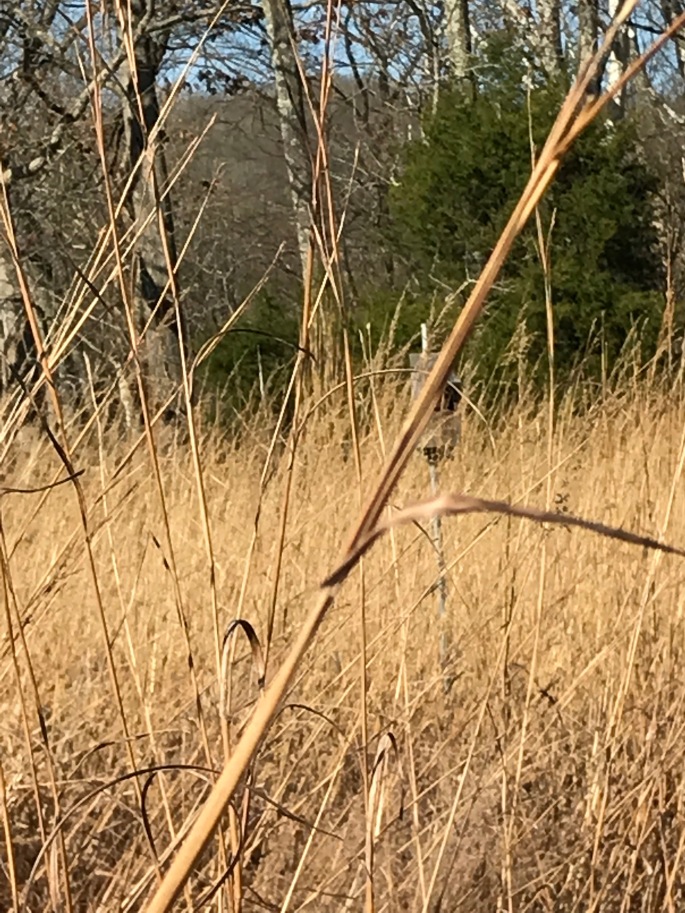 November was not a favorite month for many years, but I have learned to appreciate it more. In the past, I thought of it as rather colorless and simply a time to be traversed to reach December’s cold, snow and Christmas.

This year somehow I have learned to appreciate this bridge month between autumn and winter. The neighborhood trees have been beautiful and one especially has brightened each of my days. I see it, perfectly framed, through my office windows subtly changing colors day by day. Only over the past 48 hours has it lost its bright glow as seen below, as the leaves have dried and withered, many falling to the ground.

After a several week hiatus, today I returned to one of my favorite places, Pope Lick Park. As I walked listening to the rustle of crisp leaves blowing along the way, I realized that I would miss this month, November. It has been generous with its nature, colors and warm sunshine. It has been much more than I could have anticipated or earned, filled with love and affirmation.

There were a few birds along the trail today including a noisy flock of crows fussing as I passed. Yes, I know the proper term is “murder” of crows, but they didn’t seem mad enough to warrant using that word! I saw one squirrel who I hoped found the nuts I had strategically placed under some trees. With most of the leaves now carpeting the ground the trees looked stark, especially the sycomores reaching their chalky limbs up to the sky. 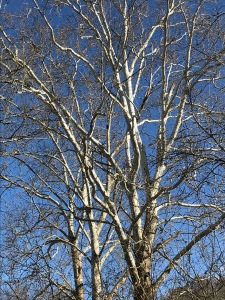 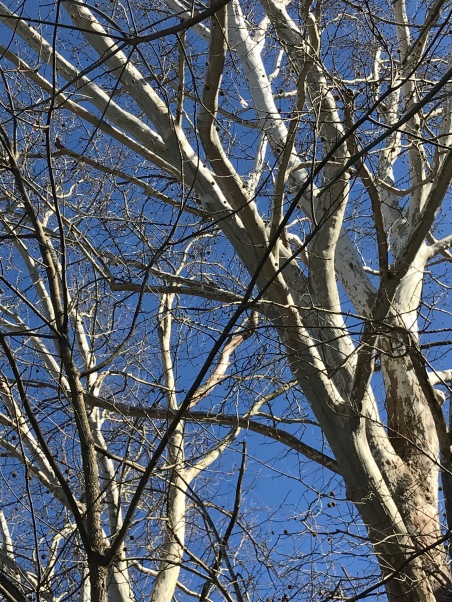 So, in a few days, we say, “Goodbye November.” You have been a good month and I look forward to your return in following years. 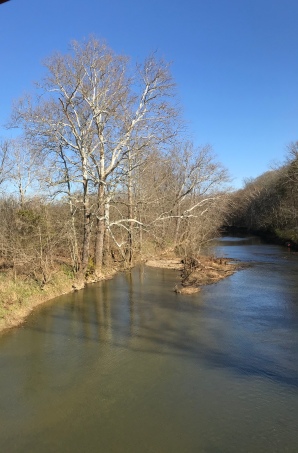