Everyone knows what CPR means. It means saving a life with certain breathing techniques and chest compressions when one’s heart has stopped beating. Right?

We’ve all seen it work over and over again on television, but is that a reflection of real life CPR? I can tell you that it is not whether in the hospital or on the street. Fewer than 20% of in-hospital recipients of CPR live to be discharged. And, this is with a team of highly skilled professionals, IV medications, and defibrillators to shock the heart.

Many people today are trained in CPR, and that is a good thing. I’m sure that most take the training with the expectation of being able to save lives. It does happen, but the chances of being unsuccessful are high and this is often an extremely hard outcome to accept. If occurring in the clinical area there are several people involved, but if you are performing CPR as a layperson or even a professional in the field you are often alone and it is a formidable responsibility. It can be extremely difficult to overcome emotionally when one is unsuccessful.

Many years ago I was an Emergency Department (ED) Registered Nurse (RN). I was used to “codes” which was the word we used when a patient went into cardiopulmonary arrest. Everyone worked together as a team. We started IVs,  did chest compressions, charged and used a defibrillator and we continued until the patient was either revived or pronounced dead. Needless to say with all the needed supplies and professionals working together we often were able to revive the patient and send them on to the Intensive Care Department. From there we lost track of their progress or lack thereof. We went on to the next emergency. I was used to “saves” in that environment.

When my own sixty-nine year-old father had a cardiac arrest at home it was a totally different world. My Mom wept nearby. A neighbor wrung her hands. There was no one to help as I did CPR alone for over twenty minutes while we awaited the ambulance and EMTs to arrive. I felt his sternum crack. Was I compressing his chest too hard? I became short of breath. Was I breathing the right ratio for him? My mouth bled. My father turned blue, first his ears and then his lips.

My father died that day and I have never stopped blaming myself. How could an ED RN not save her own father? My brain itemizes many factors to answer that question, but my heart keeps saying, “I’m so sorry Daddy, I’m so sorry.”

I’ve shared this to warn those of you who are so altruistically prepared to perform CPR that it might not work. It might not be possible.

Please do be trained. Please do try if you are given the opportunity. But, please also know that it is not always in your power and be prepared to live with that possibility.

Traveling in the South was a real treat for many reasons including the soft accents and colloquialisms. I will never forget being in an elevator in Montgomery, AL when a smartly dressed woman walked through the door and requested I “mash 6” for her. I’m sure my mouth was agape while I figured out she wanted me to push the button for the sixth floor!

Being a Kentuckian, I’ve always wondered why we are considered “southern.” We are far from Montgomery, New Orleans and other southern towns where honeyed accents prevail. In fact, we are squarely in the middle of the Eastern one-third of the US. I know I have an accent, but in my opinion, it is not Southern, but country. I hear it, I’ve been reminded of it and even teased when traveling to cities to the North or out West. I must admit when I was teased I often became, even more country, sprinkling “Y’all” liberally throughout the dialogue. Accents are intriguing.

A long time ago a business colleague and I spent a week in Charleston, SC, training staff at one of the ambulatory care centers slated soon to open. It was going to be a demanding schedule which was a shame because by all accounts Charleston was a beautiful historic city. We knew we would have little time for anything other than work but two things were obvious. We had to have a place to stay and we had to eat, so we optimized both requirements. We chose an extra nice hotel situated on the beach and planned to sample the local cuisine at the finest places.

While I don’t remember every detail of that week, some things do stand out. One was sleeping with the sliding glass doors open to the balcony so I could hear the ocean. The pounding of the waves was magically relaxing after long days of teaching and orienting nurses, doctors, radiology and lab technicians as well as clerical staff. They were experienced professionals but needed to learn the policies and procedures established by our company.

Our treat for the week became the wonderful restaurants, especially those specializing in seafood. Each evening we would choose a different place and linger over dinner while reviewing the events of the day. We were never disappointed in the meals nor the southern hospitality. We tried many types of food, but I kept going back to my favorite, shrimp. I ate shrimp as appetizers and in main courses prepared in various ways. I did not tire of these plump, juicy crustaceans night after night. 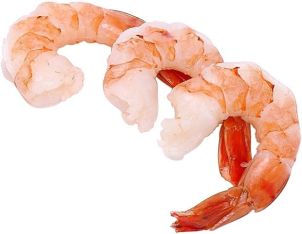 On Thursday night sleep came quickly while I listened to the sounds from the beach. Approximately an hour later, I awoke to severe abdominal pain. It was intense as I sat up and turned on the bedside lamp. Within seconds I was aware of itching of my arms and trunk. The itching intensified to the point that the abdominal pain was almost forgotten. As I called my colleague, Gale, whose room was just down the hall, I saw I had red hives, some as big as my hand, quickly advancing over my trunk and limbs. By the time she got to my room, I was tearing at my skin, unable to control the itching or accompanying panic. Thank goodness, Gale was not only intelligent, she was a “take charge” type who also had Benadryl in her room. I probably owe her my life. She forced me to swallow two capsules of 25 mg. each while she shouted demanding I stop scratching. That was impossible for me as the more vascular areas swelled and throbbed with an itch I didn’t know was possible.

In the city hospital emergency department (ED) those accents I had been enjoying all week, became so pronounced I could barely make out was being said to me. Perhaps it was my state of fear and agitation, but the only person I could understand was the doctor who was from Vietnam! As my lips, tongue, and throat continued to swell I could not believe how chatty he became. He did all the right things obviously because I survived anaphylactic shock, but when he had learned the company I worked for and that I was from Louisville he found those facts far more remarkable than my precarious medical situation.

You see, this was during the time that the Jarvik 7, an artificial heart engineered to replace an ailing human heart, was being implanted in Louisville, KY.  The surgeon who performed the first such procedure in Utah had moved to Louisville to perform his second and subsequent surgeries at one of the hospitals owned by my employer. The Vietnamese ED physician kept asking questions about that famous surgeon. Did I know him? What was he like? What did the Louisville medical community think of this procedure? If he had known I was recently a nurse manager at the same hospital where this device was being implanted, I doubt he would have been able to focus on his patient at all, i.e., ME!

Thanks to quick thinking on the part of my colleague and in spite of the ED doctor’s infatuation with the artificial heart surgeon I survived to work another day in Charleston even though it was without sleep. After returning to Louisville tests confirmed I was allergic to crustaceans, e.g. shrimp, lobster, and crabs. I have not eaten shrimp, or any other crustacean, since that trip to lovely South Carolina. 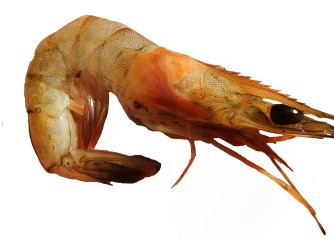 For years I grieved the loss of shrimp and lobster. I also went through a stage of blaming myself (called “personalization” by Sheryl Sandberg in her book Option B) for overindulging and thereby becoming sensitized. Finally, I was able to not only accept, but be a little grateful as my research revealed a close kinship between shrimp and certain bugs (arthropods.)

NOTE: Allergy to crustaceans is not the same as a shellfish allergy. Oysters, clams, and mussels, for instance, are not crustaceans. For simplification I refer to crustaceans as the ones with antennae. 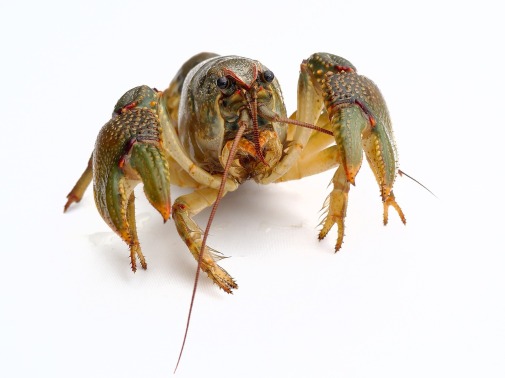