Have you ever wondered what it would be like to be in prison? In solitary confinement? On death row? Now you can know those things and much more about a prisoner’s life by reading what prisoners write at https://prisonwriters.com. “Prison Writers . . . . Where Prisoners have a Voice” is an internet site of writings by people who are currently incarcerated. The articles are about all aspects of life before and after imprisonment. They are edited by professional volunteers and writers are paid $10 for each piece that is published on the website.

Please check out this link and read such articles as these popular ones:

Authors’ photographs and sometimes a bio accompany many of the articles written by inmates.

How important is writing to you and what does writing do for you?

As much as I like to talk it is hard to believe but I would rather write. I express myself more clearly in writing. I especially like to write using the computer. It is clearer, neater, and gives helpful prompts and corrections. Since getting older my cursive penmanship has suffered . . . or should it be “penwomanship?”

How about you, how do you feel about writing?

“Only the hand that erases can write the true thing.” Meister Eckhart 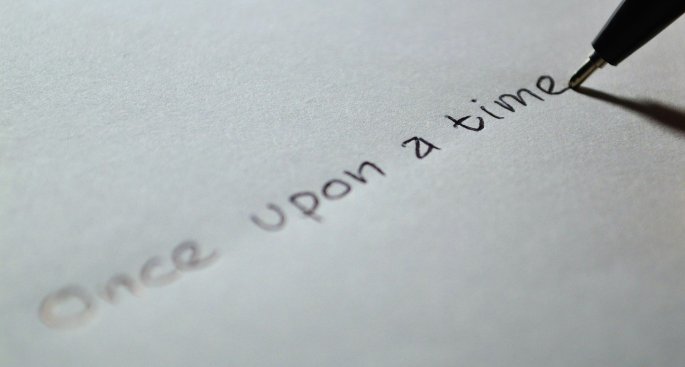 Do you speak using cliches? You might think the answer is “no” but what if I told you there are as many as 681? These are things we say often without really recognizing that we are using cliches. Because we have heard them our whole lives they come so naturally in our speech that we hardly give them a thought.

A fellow blogger, Christine Goodnough, gave me a link to the article “Be a Better Blogger” that contains the long list of 681 cliches. You can check it out for yourself at https://www.be-a-better-writer.com/cliches.html According to the list maker, Pearl Luke, we should never use these cliches unless it is intentional to be funny.

I am always interested in becoming a better writer, but I’m not sure that I agree with Luke. While cliches can be lazy and boring it seems to me that we are throwing the baby out with the bathwater if we eschew them all forever. I’m not yanking your chain, in this day and age of information overload it pays to be on your toes, but you can’t believe everything you read.

The same goes for this blog.  🙂

“If someone thinks that love and peace is a cliche that must have been left behind in the Sixties, that’s his problem. Love and peace are eternal.” John Lennon

Thank you to the readers who responded to the quiz of August 2. Of the few I’ve heard from, the results are that there are no strong opinions regarding the seriousness or length of posts. Readers were not particular about scheduling. A positive for me, is that all readers agreed that photos and graphics add interest.  I enjoy the addition of media, too. No readers follow other blogs regularly at this time.

It isn’t too late to answer the quiz and get your opinion counted! https://crookedcreek.live/2018/08/02/anniversary-month/

“Nothing exists except atoms and empty space, everything else is opinion.” Democritus

Crooked Creek, the blog, began two years ago this month. Giving birth to this site was traumatic in so many ways but the biggest pain was the technology. Writing became easier along the way and the aggravation of the WordPress platform less challenging to deal with.

You readers and followers (190 to date) have made all the efforts worthwhile for me. I am grateful for each of you and for your comments along the way. Now, I am going to ask you for another favor. Would you please scan the True/False questions below and give me your answers to as many as you consider important? I will not publish your answers. They are for my instruction only.

Directions: In the comments section enter the question number and your answer as “true” or “false” to reflect your opinion.

Your opinions will be helpful going forward in year #3.

“I need someone who believes that the sun will rise again but who does not fear my darkness. Someone who can point out the rocks in my way without making me a child by carrying me. Someone who can stand in thunder and watch the lightning and believe in a rainbow.” Joe Mahoney

That does not mean that everyone is terribly comfortable with all that has been written over this time span or even with the general discussion of the subject of death. I devour the subject as my modest library demonstrates. I have learned from each author, but my favorites to date are Mary Roach, Caitlin Doughty, and Caleb Wilde.

First I would like to recommend “Stiff” by Mary Roach. Published in 2003 it is far more interesting than “Spook” released two years later. “Stiff” is full of history as well as contemporary subjects surrounding death. Want to know a little about cannibalism? How about cannibalism in the name of medicine? Have any idea what can happen to the human body donated to science? Most people think anatomy lab for medical students, few think of crash dummy.

Roach’s macabre sense of humor has resulted in “Stiff” chapters with names like “A Head is a Terrible Thing to Waste, The Cadaver Who Joined the Army, How to Know if You are Dead and Eat me,” just to name a few. Don’t let her way with words fool you, she does serious research and travels the world to gather information.

“Smoke Gets In Your Eyes” & Other Lessons from the Crematory

If you like both the subject of death and memoirs, this book is for you. Caitlin Doughty shares her experiences in the funeral business, but particularly in her job at a crematorium. Her gallows humor not only made me laugh frequently, it kept me grounded while I read about situations that were sometimes heartbreaking and disturbing.

Before we take that last journey into our own death shouldn’t we be as informed as possible about our options? Doughty will guide you through so much that you didn’t know you needed to know and she will do it with wit, charm, and compassion. Read it. Allow her to help you develop the “Art of Dying” which is appropriately the name of her last chapter.

After reading this book you may want to check out her blog and other things this busy author is doing.  http://www.orderofthegooddeath.com

Caleb Wilde is a very sensitive and honest writer whose blog I have followed for several years. His book like his blog contains humor, but the purpose of his writing is much more on the serious side. Published last year this book covers Wilde’s life growing up in the family business and the adjustments he had to make in his life to remain a funeral director.

The book is true to its title and contains confessions especially regarding Wilde’s battle against chronic depression. His journey is instructive, interesting and enlightening.

I recommend both this book and the blog by the same name. https://www.calebwilde.com

“From my rotting body, flowers shall grow and I am in them and that is eternity.”    Edvard Munch

As of yesterday Crooked Creek has 150 followers. This is the point at which I had planned to update the blog to a new look. But, I couldn’t wait, so that was completed a few days ago.

Thank you to all readers and followers. I appreciate each of you. I also appreciate other bloggers who I follow.  Some have been recommended here and I will continue to do that from time to time as well as perhaps reblog with the writer’s permission.

Please continue to let me know what you like, make suggestions for topics and tell me when I’m out of line! I appreciate each of you.